Blog - Latest News
You are here: Home1 / News2 / SHORTLIST: LinkedIn best of the bunch, but still buggy for recruiters,...

LinkedIn is the best social media site available for recruiters but a lack of competition has allowed the company to be “sloppy”, says international sourcing expert Irina Shamaeva.

Speaking at the Australasian Sourcing Summit in Sydney yesterday, Shamaeva, partner and chief sourcer at Silicon Valley recruitment firm Brain Gain, said Twitter was a good employer branding and marketing tool but wasn’t suited for recruitment. Google Plus had the potential to be very useful, but currently had only a small and not particularly active user base, and Facebook had been successfully used by only a few recruiters, and needed to be combined with other tools.

LinkedIn was the best of the social media tools available for recruiters, said Shamaeva; however it was still “extremely buggy” and delivered a “confusing user experience”. Trying to execute certain searches or actions sometimes resulted in error messages, Shamaeva said, and in many cases the errors persisted over time. “LinkedIn can allow themselves to be… sloppy in this kind of way and charge a lot of money… because there’s no competition,” she said.

Recruiter platform “overpriced”
Shamaeva said the LinkedIn Recruiter product enhanced the usefulness of the network but the interface was “confusing” and the search function had limitations.

For example, users with incomplete profiles were excluded from some search results, meaning recruiters had to broaden their search to find candidates who might still match the position, but hadn’t filled out 100% of their profile.

“LinkedIn Recruiter as a package is overpriced… [but] if you’re a big company and you want everybody to collaborate [on] recruiting, it’s a good thing,” she said.

Be a good social networking citizen
Shamaeva said it was important for recruiters to remember, when using “powerful paid accounts”, that they still needed to treat LinkedIn as a community and act accordingly. “We need to share something and interact with people because [job seekers] believe that [Linkedin’s] a social network, and we think it’s a job board. It’s not,” she said.

“[We] forget that we’re members [and] that we will be looked at by the candidates we message so we need to fill out profiles. We need to be good citizens. We must not spam.” 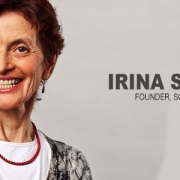 Q&A With Irina Shamaeva: Three Most Important Criteria to be a Good Sourcer – ‘Practice, Practice and Practice’

This is the contentment of my Winter
Scroll to top
This site uses cookies: Find out more.