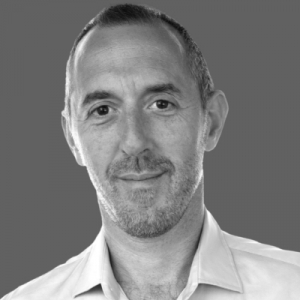 Dave is the Director of Talent Intelligence at SignalFire, a VC fund based out of San Francisco. He’s also the creator of TheG2.com, a soon-to-launch course focused on human capital research. Prior to SignalFire, Dave was a Partner at ReedShay, and earlier spent over a decade consulting to Microsoft, mostly in the Office of the CTO. In the CI field, he’s most well known as the founder of Clew, a firm focused on primary research and elicitation. He’s been speaking about CI at conferences for ages, and was a long-time corner columnist for CI Magazine from SCIP.org.

In his earlier career, he founded a VC-backed software startup, worked on the trading floor at Fidelity Investments, and was a research associate at Fidelity Capital. On topics of CI, he’s provided expert commentary to myriad publications, from Fortune, WSJ, and the Boston Globe to Wired, CFO, and The NY Times. Before he earned his MBA in Finance from Babson College, he studied stone sculpture and earned a BFA from George Washington University. Dave lives north of Boston with his wife, sons, and a pack of rescue dogs.