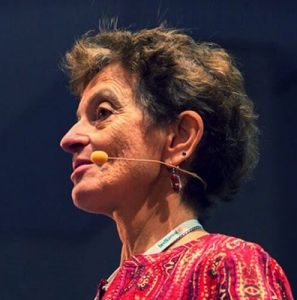 Irina Shamaeva is a recognized leader in Sourcing, Social Recruiting, and Internet Research.

She is Partner and Chief Sourcer at Brain Gain Recruiting, an executive search firm with the focus on placing software development and management consulting candidates nationwide. In addition to sourcing for her agency, Irina takes on Sourcing /Name Generation/Internet Research projects across numerous industries and geographies – which she loves doing! Irina shares her sourcing discoveries, tips, and strategies in her blog Boolean Strings, international conference presentations, and lectures. Tens of thousands of professionals have attended Irina’s webinars on Search Engines, LinkedIn, Social Recruiting, Internet Research, and productivity tools. Irina’s following includes nearly 30K members on the LinkedIn Sourcing Community Group and over 7K members on the Ning Boolean Strings network.

Irina is Founder and part of the Team at People Sourcing Certification Program, now in its third year, that has become the program of choice for recruiters world-wide. By now the program has graduates from 16 countries in the world, and from companies such as Apple, Microsoft, PepsiCo, Target, Allstate Insurance, HomeDepot, Verizon Wireless, and Capgemini.

To learn more about Irina, check out her LinkedIn Profile , follow her on Twitter, and circle her on Google-Plus.

” IRINA IS ONE OF THE ICONIC LEADERS IN PEOPLE SOURCING ON THE PLANET. “

The hardest skills and people to find currently work in the essential service sector. Irina will look into how you can search for hard-to-find people like health professionals. Times like when a pandemic rages is when the sourcing profession can rise to the challanges.