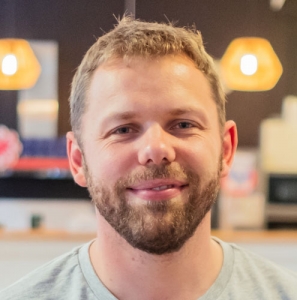 Richard is the Chief People Officer at Malt, an online platform that connects businesses with freelancers in Europe. He started his career back in 2008 in Executive Search before moving to Disney and then AbbVie. In the last three years, he has helped scale Malt from 36 people in one country to over 200 people across France, Germany and Spain.

Richard firmly believes that hiring great people should be the number one priority for any growing organization (closely followed by culture and development). To achieve this, he is always proactively networking and sourcing.

As an Englishman living in Paris, he has become passionate about all things cycling and of course food.

g for the past four years and specializes in recruitment tooling, building boolean strings, natural language search, and raw sourcing. She believes that you are never done learning, regardless of where you are in your career.

NETWORKING IS THE NEW SOURCING