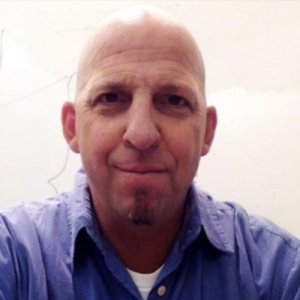 Steve Levy is focused on recruiting, social media, and organizational development consulting. He has been referred to as “the recruiting industry’s answer to Tom Peters” (by Jeff Hunter, presently Head of Recruiting at Bridgewater Associates) for his unique method of combining traditional SWOT analyses with a PEST (current/future Political-Economic-Social-Technological issues) analysis wrapper to build and lead strategic talent acquisition initiatives. In addition to his current roles in recruiting, Steve is an active member of the Society for Human Resources Management’s initiative to develop ANSI standards for workforce planning.

Within the social recruiting space, he has been recognized as The 10 to Follow in Social Media Recruiting, Top 25 Twitter Accounts for Job Seekers to Follow, Top 100 Twitter Accounts Job Seekers MUST Follow: 2012, Top 50 Twitter Accounts Job Seekers MUST Follow: 2011, 101 Career Experts all Job Hunters Should Follow on Twitter, and Top 100 HR & Recruiting Pros to Follow on Twitter. Finally, #HFchat – where he is one of the co-Moderators, has bee recognized as one of the 4 Twitter Chats Every Job Seeker Should Know. Within the general recruiting space, Steve is also well-known as one of the best sourcers in the business, combining old school and “new cool” techniques to identify and engage both exceptional talent as well as the mythical purple squirrels. Most of all, Steve is know for “telling it like it is” rather than what is popular (ah, to be a New Yawkah).

He is an incurable blogger (presently on RecruitingInferno.com; Steve was also ERE.net’s first blogger), and social media participant who is passionate about technology and veteran issues. Steve has been a COI with Armed Forces recruiting for many years, a volunteer “fitness consultant” with the Navy, and his family has a storied history of service to our country.

He is the co-Founder of the Long Island dot NET Users Group and was previously on the Board of Directors for the New Jersey Metro SMA. Steve also sits on several Advisory Committees for various HR, job search, and HR technology organizations.

Steve is a Tau Beta Pi engineer from the University of Vermont (there is no such thing as a former Engineer, Marine or Jesuit) with his graduate degree in Industrial/Organizational Psychology (focus in research design and quantitative methods) from Hofstra University.