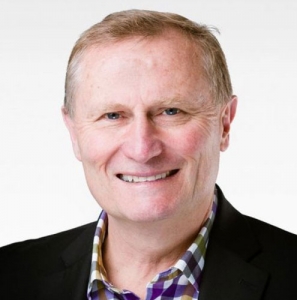 Greg started his career in Executive Search in Australia, before he went on to manage the London office of the United Kingdom’s largest accounting recruiter for two years. In the early 80’s he returned to Australia to run the Sydney office of Accountancy Placements (now the Hays Group), where he was invited to join the Board of Directors at age 27.

Greg founded Recruitment Solutions in 1987, and rapidly built the start-up across Australia and New Zealand, culminating in its successfully listing on the Australian Stock Exchange, with Greg as both Executive Director and COO.

In April 2001, Greg joined Aquent and as International CEO, assumed responsibility for all Aquent businesses outside of North America, which then comprised of over 25 offices in 17 countries across Europe, Asia and ANZ. In 2010 Greg acquired the Permanent and Search business of Aquent in a management buy-out and founded Firebrand Talent Search. He quickly created a global brand for this specialist Digital and Marketing recruiter, and successfully sold the business, in 7 countries, in January 2013.

In recognition of his contribution to the Australian recruitment industry, Greg was made an Honorary Life Member of the Recruitment and Consulting Services Association (RCSA) in 2004.

IN 2018 Greg was inducted into the Recruiter International Hall of Fame.

In November 2018 he was named one of LinkedIn’s ‘Top Voices’.

An early adopter of social media for recruiting, Greg’s industry blog – The Savage Truth – is a must-read the recruitment industry.  His book, ‘The Savage Truth’ is an Amazon best seller in its category, and has sold over 7,000 copies to date. Greg now acts as a Non-Executive Director for 12 recruitment and HR Tech companies in Australia, Singapore and New Zealand and provides consulting, advisory and training services to recruitment, professional services and social media companies across the world.